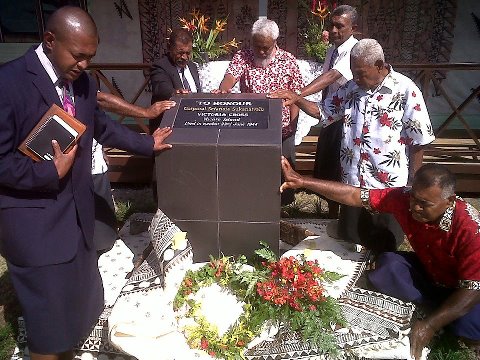 Yacata Village Pastor and Elders Bless the VC Memorial for Corporal Sukanaivalu
THE people of Yacata in Cakaudrove have paid homage to the only Fijian to be awarded the Victoria Cross, Corporal Sefanaia Sukanaivalu, with the unveiling of a memorial on June 23. 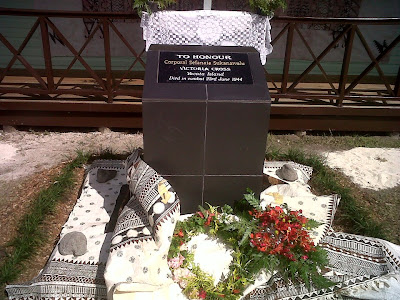 The VC is the highest military decoration awarded for valour "in the face of the enemy" to members of the armed forces of various Commonwealth countries, and previous British Empire territories. 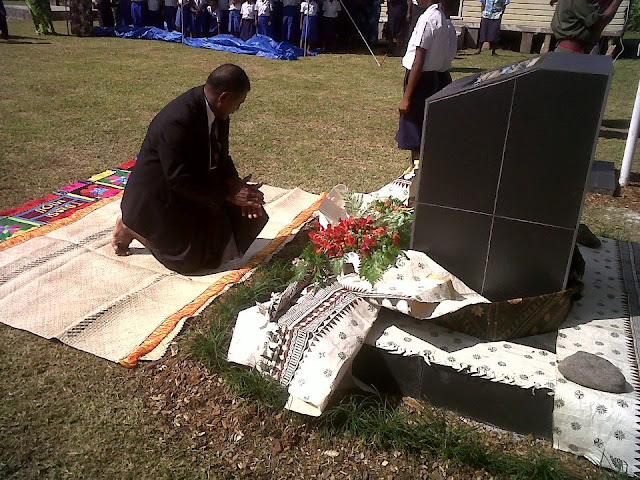 Sukanaivalu nephew, Umu Vulakoro, pays respect to Uncle's Memorial.
While the story of the late Cpl Sukanaivalu's bravery has been retold many times, a physical embodiment to honour his bravery has never existed in his village. All that changed when Vatuvara Limited and the people of his village and birthplace of Yacata erected a memorial and plaque in his honour.
Laisa Vulakoro beside the plaque on Yacata Island. Picture by: ROB MILLER
During the solemn ceremony at Yacata, a bugler sounded the Last Post and the memorial was blessed by elders of the church before it was unveiled. 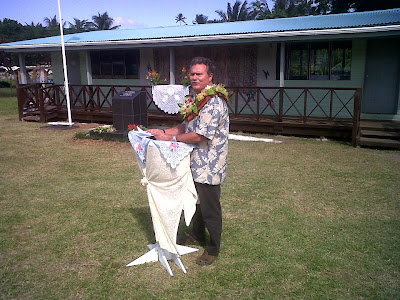 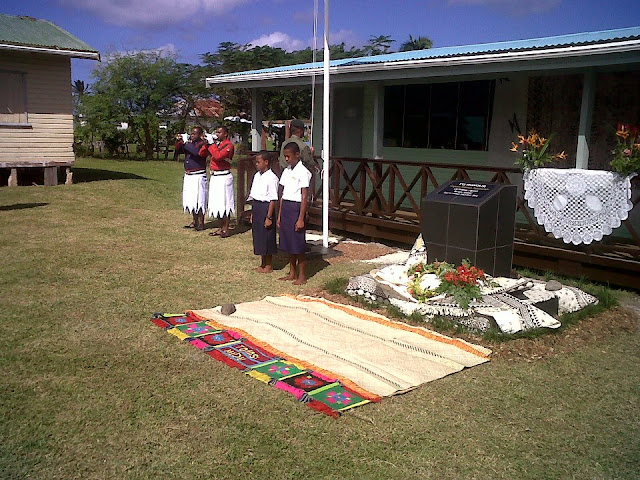 Military & Police sound the Last Post
"We do a lot of work with the people of Yacata Island. Currently, Vatuvara Ltd is developing the neighbouring island of Kaibu, so we bring a lot of them across to work and they return at the end of the day," Mr Miller said. "So we thought it would be good for the people of Yacata to have some sort of memorial for Corporal Sukanaivalu," he said. 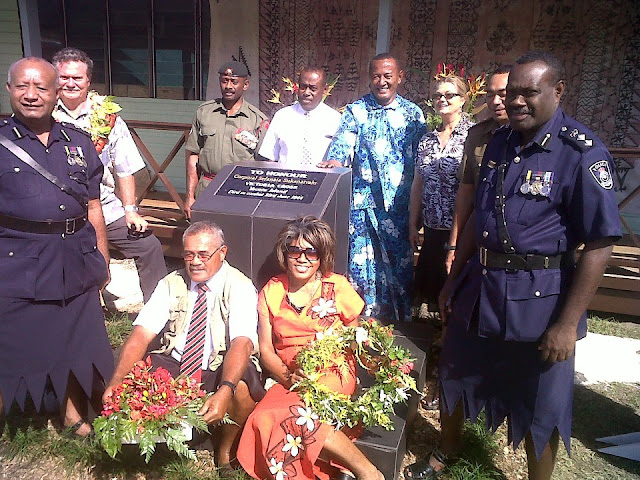 Laisa Vulakoro with brother, Etuate, with attendants at the unveiling of the MEMORIAL
The unveiling of the plaque was attended by police director of operations Senior Superintendent Rusiate Tudravu with Epineri Seibouma and members of the Republic of Fiji Military Forces and the Fiji Police Force. 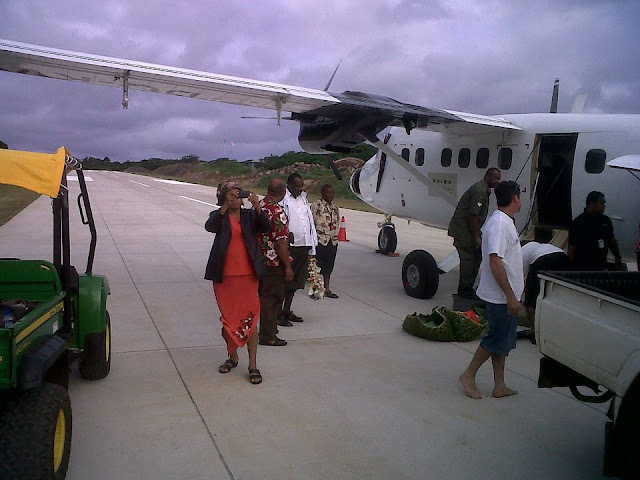 Laisa Vulakoro takes last pictures at Kaibu Island before boarding plane back to Suva
Cpl Sukanaivalu received the Victoria Cross after he sacrificed his life to save the men in his platoon who refused to leave him behind after he was seriously wounded. 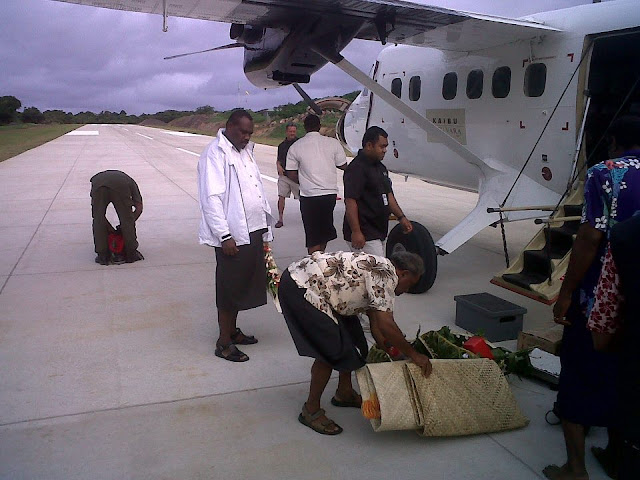